Diesel Films is lucky to have numerous freelancers who play an important role in our projects both on-location and behind-the-scenes. Check out the first installment of Fire Squad Chats, a casual conversation highlighting many of the talented individuals that make up the Diesel Films family.

From Petco dog trainer to sound mixer, learn more about Leandra Dichirico, who started working with Diesel Films in 2015, her career path, and the advice she would offer students looking to break into the film industry.

Q: How did you initially get into sound mixing?

A: When I was in high school, I had no idea what I wanted to do. I was into dark room photography, but when I presented that idea to my parents, they were like “no” because they’re both business people and didn’t really understand. When I realized that with cinematography, you’re still working with a camera, but a union is involved and there’s a lot more to it, [my parents] were like, “okay, that’s a good choice.”

I applied to Cal State University Northridge. Once accepted, the film program doesn’t guarantee a spot, you have to apply and they only accept 40 students a semester. I initially applied for cinematography but they have three options: cinematography, editing and sound.

Q: What made you choose to emphasize in sound?

A: I was a full band nerd in high school. I played clarinet, baritone, bass drum, marimba and piano. I was in drumline, concert band, marching band and drum corps. I was very highly involved in that, so my entry essay had to do with me wanting to play a saxophone, even though I never learned it.

When [CSUN] called me, they said, “we notice you have a natural ear for music, would you consider doing sound? Once you’re in the program you can take all the other classes, but your degree will just say emphasis in sound.” They also mentioned there were no women in [the sound program]. From there, I loved it! 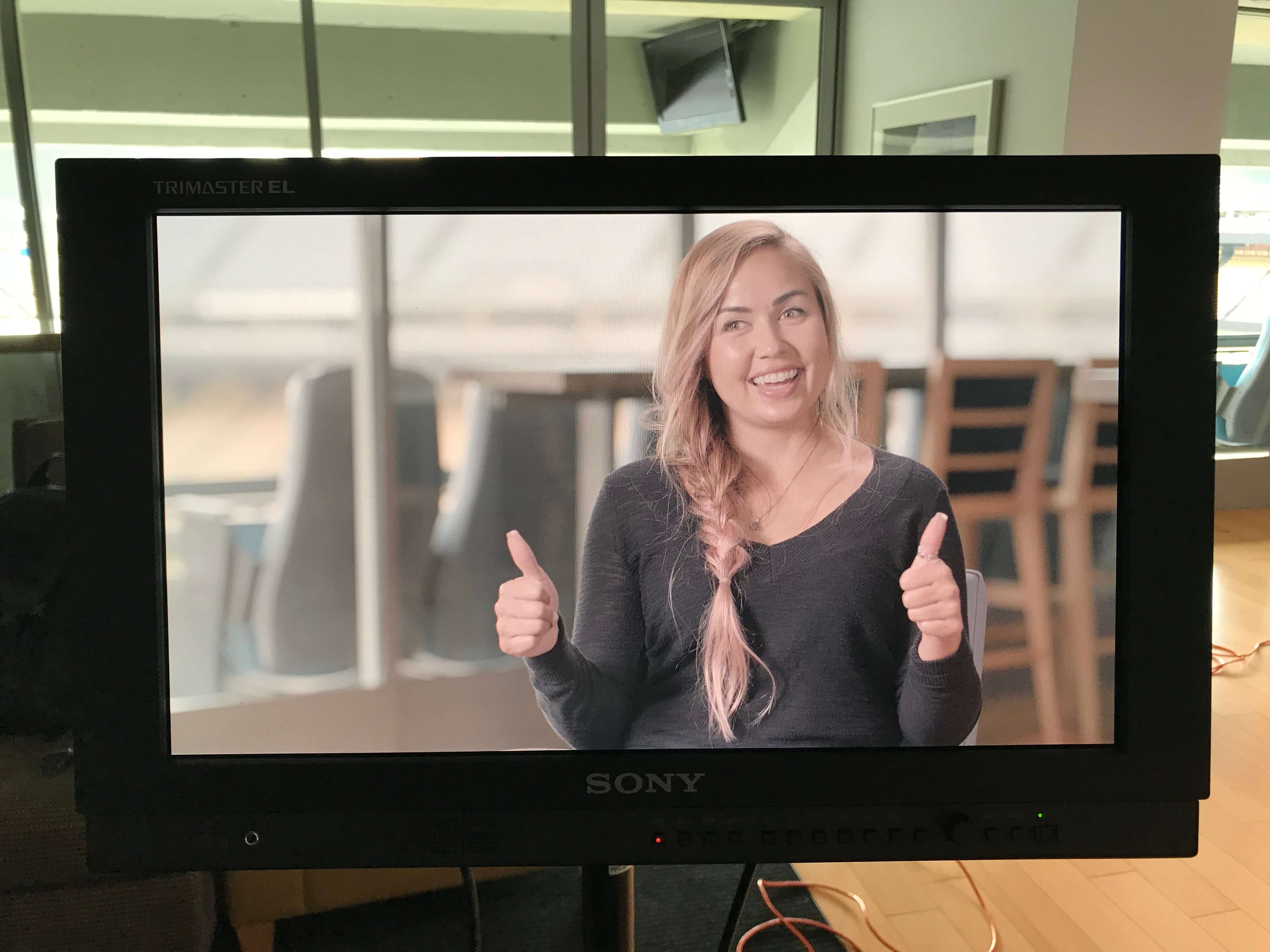 When the audio mixer doubles as a stand-in.🤣 All smiles during a shoot at Dodger Stadium for MLB Network.

Q: In a male-dominated industry, how are you still able to thrive?

A: It’s funny that half the time I don’t notice how different it is to be a female on-set until talent or another crew member points out that they never worked with a female sound mixer.

Honestly, in the beginning I was more nervous since a couple of the jobs I worked made me feel uncomfortable.  They made me feel un-welcomed by being a female and tried making me feel that I didn’t deserve to be there.  So from then on I learned how to walk onto set with my head held high.  I treat each crew as a family. Since you are spending so much time with them, it would suck if you were stuck with people who don’t appreciate you. It also helps that I love my job; it allows me to be myself and show my personality which can help set me apart.

Q: Why do you think there aren’t as many women audio engineers?

A: Well, I think it’s growing now because I’m meeting more and more women. I think that it’s a field that isn’t necessarily known. You hear sound in every video, but you don’t necessarily know its a job. It’s all about getting the word out.

Q: What’s some of the best advice you’ve ever received?

A: Just go 100% freelance. At the time, I was trying to make this my career but I was worried on when the next paycheck was coming and was still working at Petco as a dog trainer. Once I quit everything and focused my attention on this, is when I started to really grow. 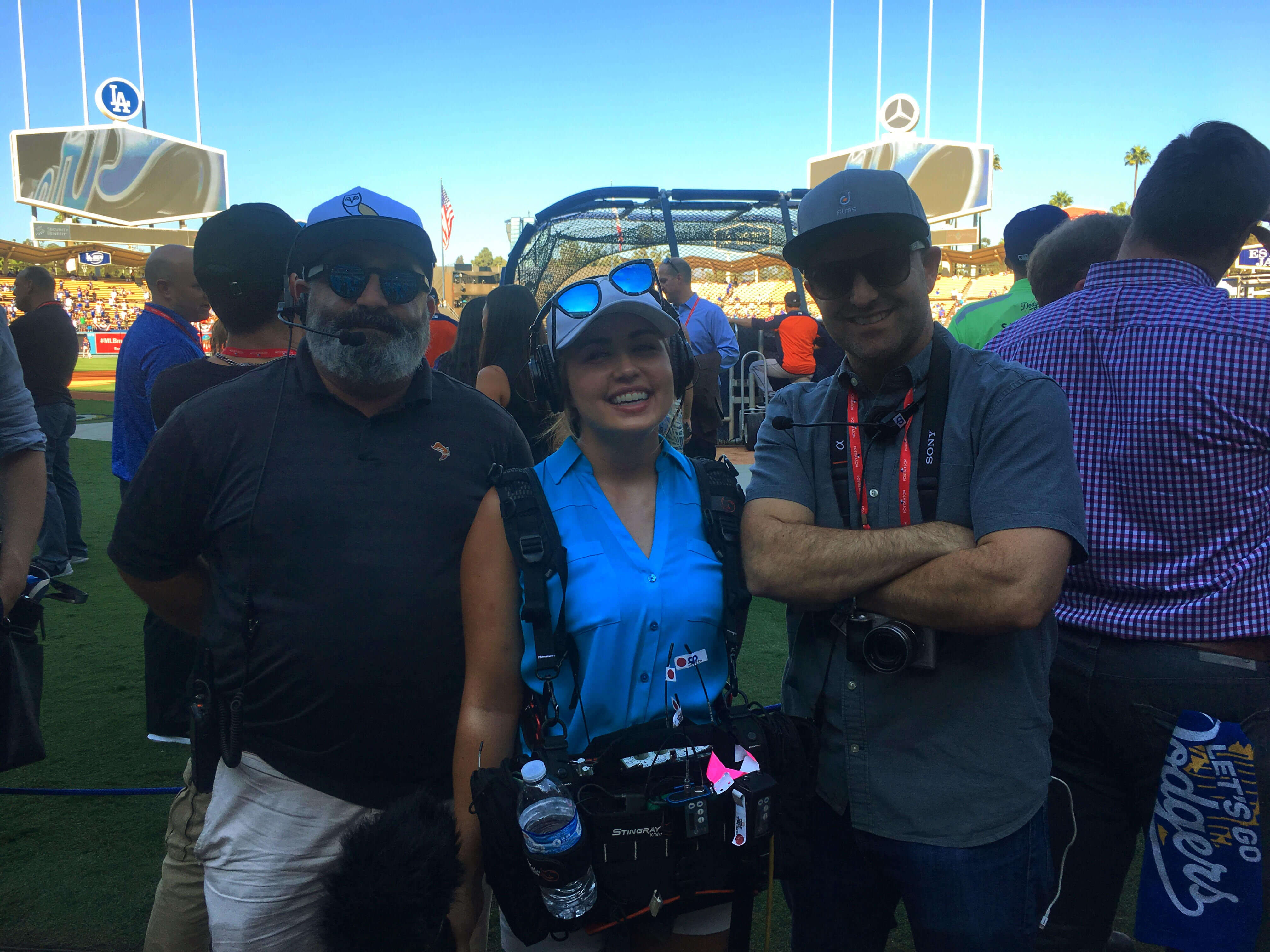 (Left-to-right) Craig Shapiro, Leandra Dichirico and Seth Shapiro on the field at the 2017 World Series.

Q: What are some of the challenges you faced when you went 100% freelance?

A: Getting that first job that gives you a break in terms of leading to another job. There was a lot of one-off jobs that didn’t really lead to anything. Finally, when I met Craig Shapiro, it started leading to more jobs. From there, I started working with his brother, Seth, and they refer me to other people.

Q: Was there external pressure to have a traditional 9-to-5?

A: Absolutely. To be honest, I still deal with it. I don’t have a normal paycheck. There are parts of me that think if I had a normal job… But this is something I love. Who can say that they’re off during the week on a random day, but flying next week to a different part of the world or state and experiencing something amazing while getting paid to do it?

Q: What are must-have traits to be a successful audio engineer?

A: I think it’s just being friendly and welcoming on-set. You’re getting into peoples’ personal spaces, especially when you’re mic-ing them up. It’s important to just do a good job. I know that I am ever-learning and can continue to grow. It’s not, “oh, I’m great.”  Everyday is a new challenge.

What helps break you from other people is your personality on-set. Do you get along with everyone? It becomes a family. If you make it uncomfortable for either the talent or crew, you might not get called for another opportunity. 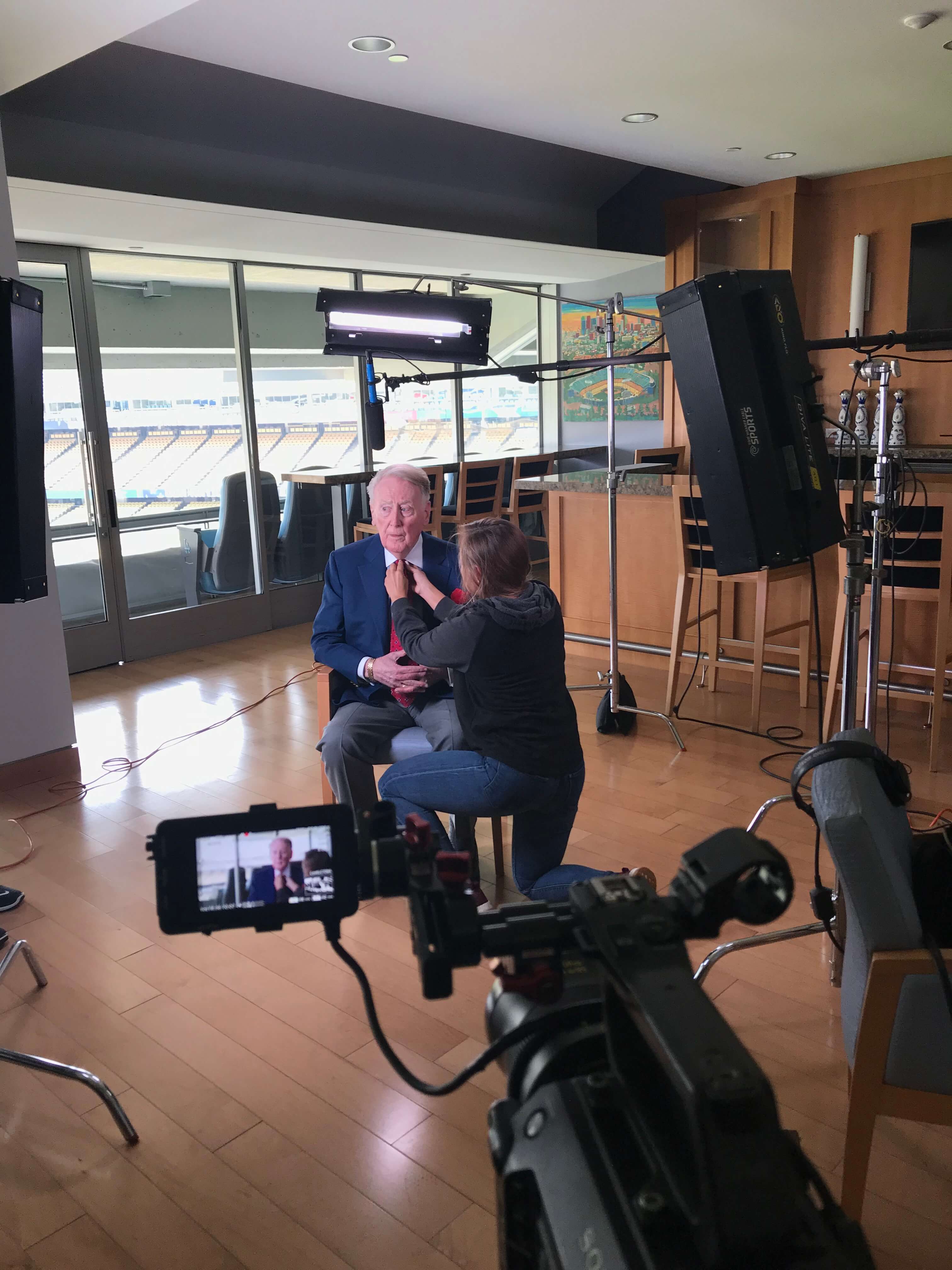 Q: What are a few of your favorite projects that you’ve worked on with Diesel?

A: With Diesel, working the World Series (MLB Network) in Los Angeles was a major highlight. The Nike shoots are always so fun and lively because you’re seeing a brand reach out to people all over Los Angeles and provide them with really unique experiences. One of my highlights was filming Neymar Jr. at Nike’s East LA store block party last summer.  Now we’re working on a Baker Mayfield documentary project with Team Identifi and Bon Lavi Productions, which is nice because its a longer form production following Baker’s journey into the NFL. 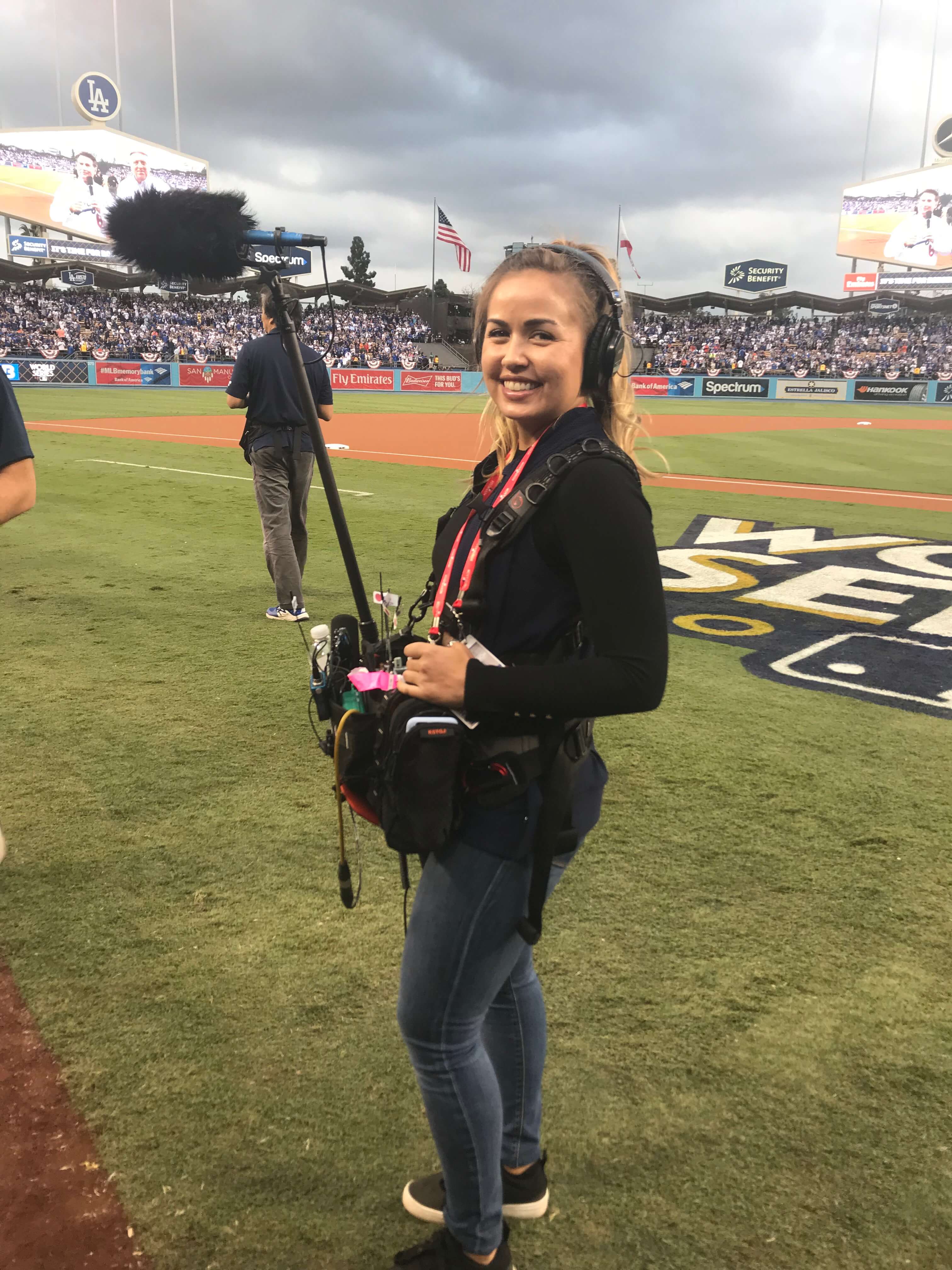 Q: What advice would you give students who are considering getting into the film industry?

A: Just dive in. You can always go to a normal job. You can always apply at any corporate job and work your way up. In order to realize if you want to be in the film world, you just have to dive in a see where it takes you. 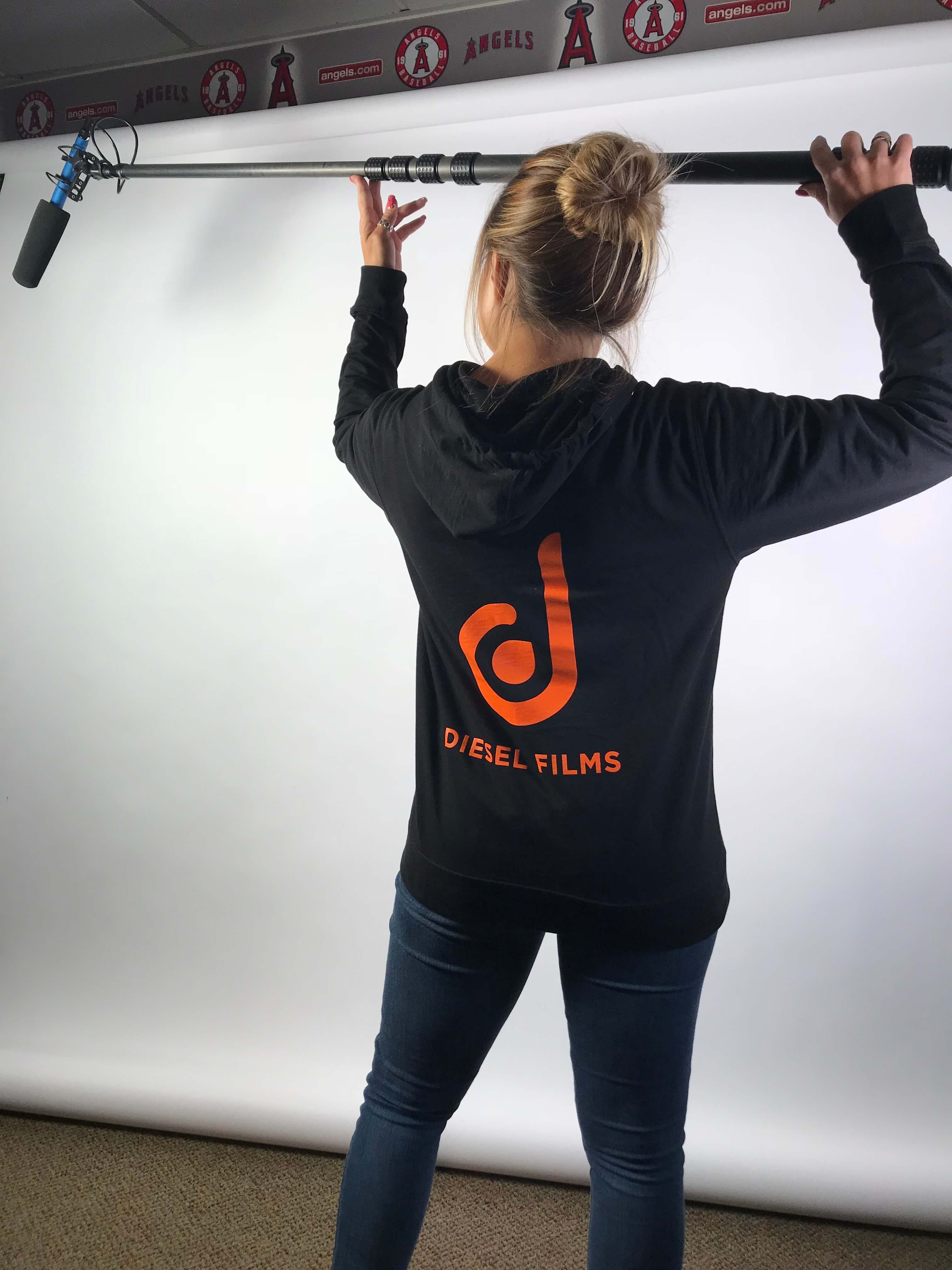 I like the helpful info you provide in your articles. I will bookmark your weblog and check again here regularly.